The workshop was built in 1900 and became the main maintenance depot for the County Borough of Burton upon Trent. 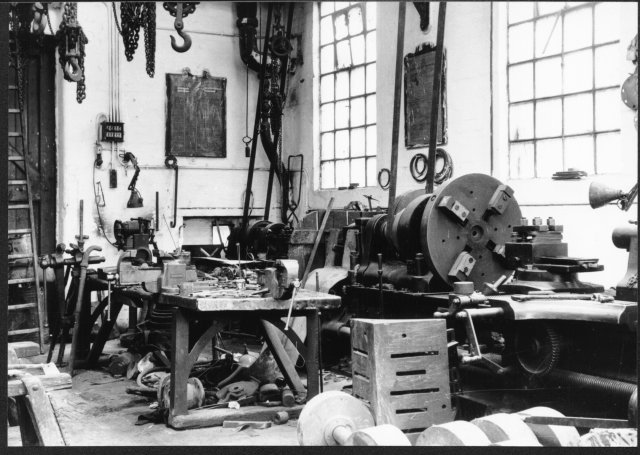 The eventual list of machinery that was installed included:


Following closure of the station, all the machinery was removed and it was used as a store for a short time. After this it was disused and deteriorated rapidly, only narrowly escaping demolition.

Virtually all the machinery, including the steam engine and steam hammer, has been retrieved from sites all over the country and has been restored. Unfortunately, the original long bed lathe was scrapped, but a virtually identical lathe was discovered in Bamford Mill, Derbyshire. This was purchased from the demolition contractor and installed at Claymills.

The Blacksmith's forge was also completely demolished and removed from the site. This was rebuilt by the Trust during 2005.